Eastern Media Excellence Awards has release a statement to announce to the public that, it will officially release it’s 2018 edition nomination list on the 16th of July 2018.

According to the press release, the academy board took more than enough time to critically analyze various nominations which was filled by media personals in the region to ensure a genuine list of nominees. 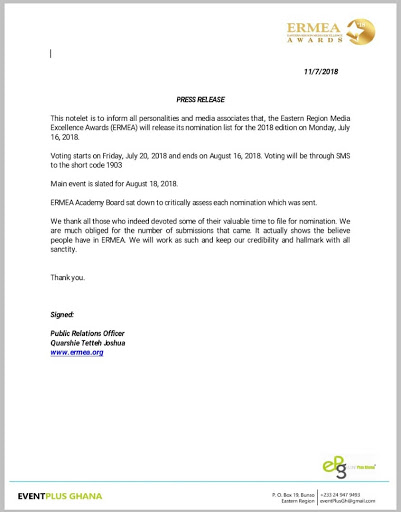 The release was signed by Quarshie Tetteh Joshua the Public Relations Officer of the initiative.